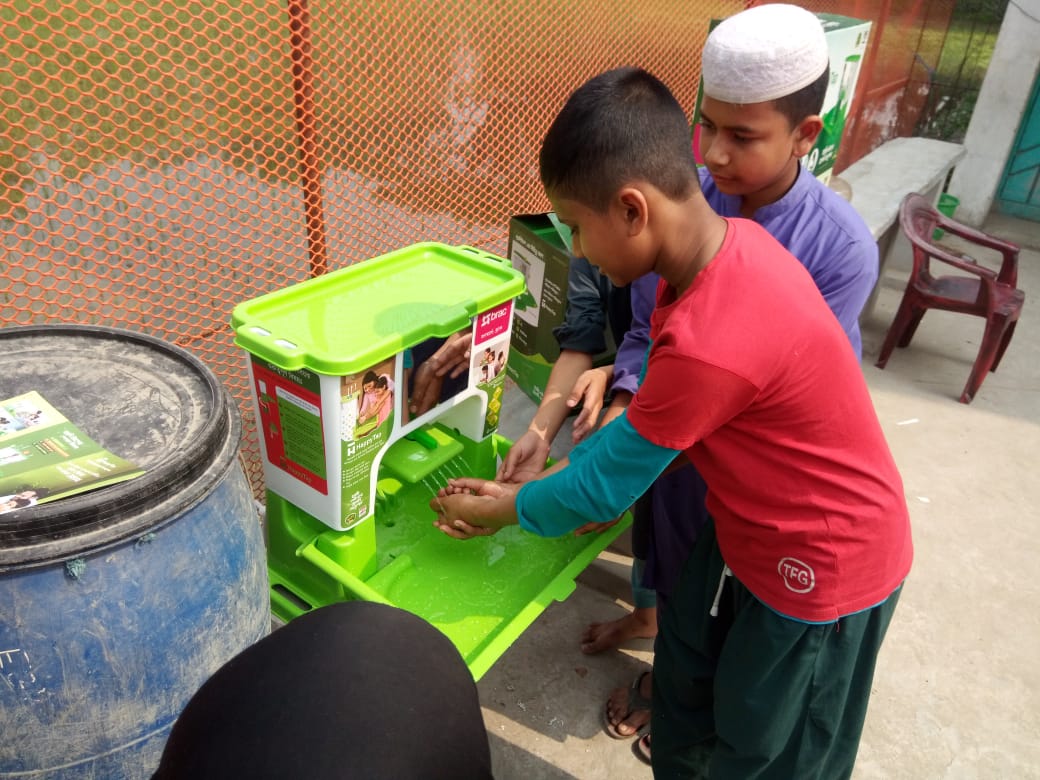 Can increasing access to portable handwashing devices and soap in people’s homes lead to improved hand hygiene? Here is what we found out.

Except: read the full article by BRAC's Shafqat Aurin and Nimmi Hamid.

HappyTap devices were provided to the 24 households after the completion of the first survey. The recommended way to wash hands was demonstrated for them, key information on the recommended times for handwashing (after using a latrine, before and after meals, etc) was also shared.

After a month, a second survey was run, that requested respondents to demonstrate handwashing using the HappyTap devices. It was found that not only did every observed respondent wash their hands for over 20 seconds, but the overall average time for handwashing also went up by two seconds.

The households displayed an affinity towards their HappyTap devices, by utilising the different features of the device – the soap tray for storing soap at the place of handwashing, the side pockets of the device to store toothbrushes, the mirror on the front of the device for combing hair, etc. All surveyed users expressed interest in using the device, while almost three-quarters of them stated they cleaned the device with soap and water at least once every three days, which further indicated enthusiasm.

“Previously, we would wash our hands by the tubewell outside the house. Having a HappyTap device now allows the six members of my family to wash our hands with soap and more regularly inside our house,” said a respondent.

“My five-year-old son has picked up frequent handwashing,” a mother shared enthusiastically. “He helps me clean and drain the device, and he even monitors if everyone else is washing their hands, especially if they are coming home from outside.”

Not only did all households share they had a positive experience with the device, but over 90% of them said they would recommend it to their neighbours and kin.

Based on the positive feedback from the pilot, BRAC and HappyTap are strengthening the partnership to continue increasing access to households and institutions in key intervention areas, to enable people to avail free soap and clean water for handwashing.