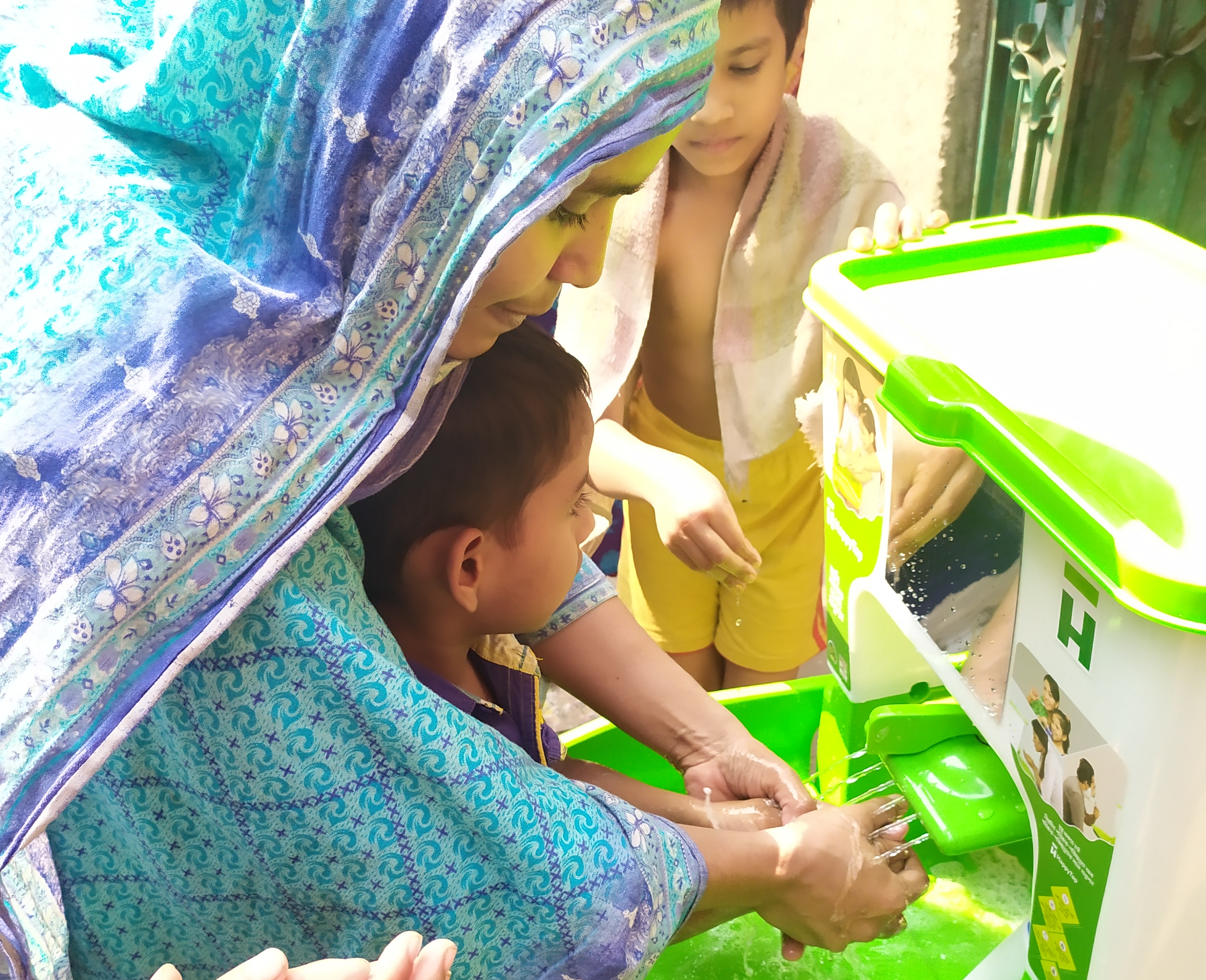 Hand hygiene can ensure good health for all. But is having the knowledge of hand hygiene enough? A disruptive hand washing solution that is both affordable and inclusive can be a key to ensuring a better health for all.

Mrs. Monowara Begum (38), a resident of Khulna, Bangladesh visited the Reverend Abdul Wadud Memorial hospital (RAWMH) for the second time in a month. She is the mother of two children aged 6 and 10. Mysteriously, her family members have been continuously sick for months. They have been mostly infected with diseases like diarrhea and influenza. As RAWMH works in close collaboration with the Christian Service Society (CSS), a renowned NGO working out of Khulna, and Monowara is one of their WASH program beneficiaries, so the CSS volunteers wanted to get into the root cause of why families like Monowara’s were getting sick repeatedly. They visited Monowara’s house to understand the problem more closely. After their visit they concluded that the major reason for the family getting infected was lack of proper hygiene practices.

The monthly income of Monowara’s family is around BDT 8,000 per month and with this amount of money they run a family of 4 members. They live in a hut (a temporary household structure made out of mostly wood and bamboo) which has two rooms and a kitchen outside. There is a toilet nearly 20 meters away from her kitchen. There is a pond about 50 meters away from her house from where she brings water in buckets for household chores.

The volunteers of CSS confirmed that there is a lack of hand hygiene behavior among the family members, and they were surprised since the volunteers had conducted several hygiene awareness campaigns where Monowara and her family members were also present. So, the volunteers started probing Monowara regarding the lack of hygiene practices only to discover that the major problem was not the lack of knowledge rather the convenience to practice it. Unfortunately, this is a common scenario of the families in the rural households across Southern, East-Southern and African countries.

A study by UNICEF reported that only 3 out of 5 people in the world have access to basic hand washing facilities. 3 billion people in the world do not have a handwashing facility with water and soap at home.  Another report by WaterAid suggests that in Bangladesh, 3.8 million people do not have access to clean water close to home. Of those households that do, only 57.6% are estimated to have soap at the place of handwashing.

While it is evident that handwashing with soap and water can eliminate deadly diseases, families like Monowara’s are not getting a convenient hygiene solution where they can convert their knowledge into practice. A deeper understanding has brought two major reasons into light;

Considering the above findings, a portable handwashing station seems like a better option. And that is what the CSS volunteers suggested Monowara to get as an easy solution. They suggested Monowara to purchase a HappyTap and start using it immediately as they already had good results coming out of other households where they installed a HappyTap.

Also, a survey conducted by BRAC with low-income households in Bangladesh in 2021 had revealed high levels of satisfaction, adherence to proper hygiene practices, and sustained usage among households that had installed a dedicated handwashing station (in this case, HappyTap).

Monowara agreed but again, the question of affordability came forward for her. CSS volunteers informed her of a scheme where people like her could buy the handwashing stations with installment payments through various MFI partners. That solved Monowara’s problem and she was happy to purchase a HappyTap immediately.

Fast forward 6 months, Monowara’s family members are enjoying better health outcomes. They have their own HappyTap device to wash hands regularly. In Monowara’s words, “We never thought handwashing could be so easy and fun. My kids won’t stop using HappyTap everytime they get a chance”, she laughed.

Sanjida Afrin is an Advocacy & Communications Manager at HappyTap. Sanjida is based in Dhaka, Bangladesh. She joined HappyTap with the aim of changing hand hygiene behavior on the ground.