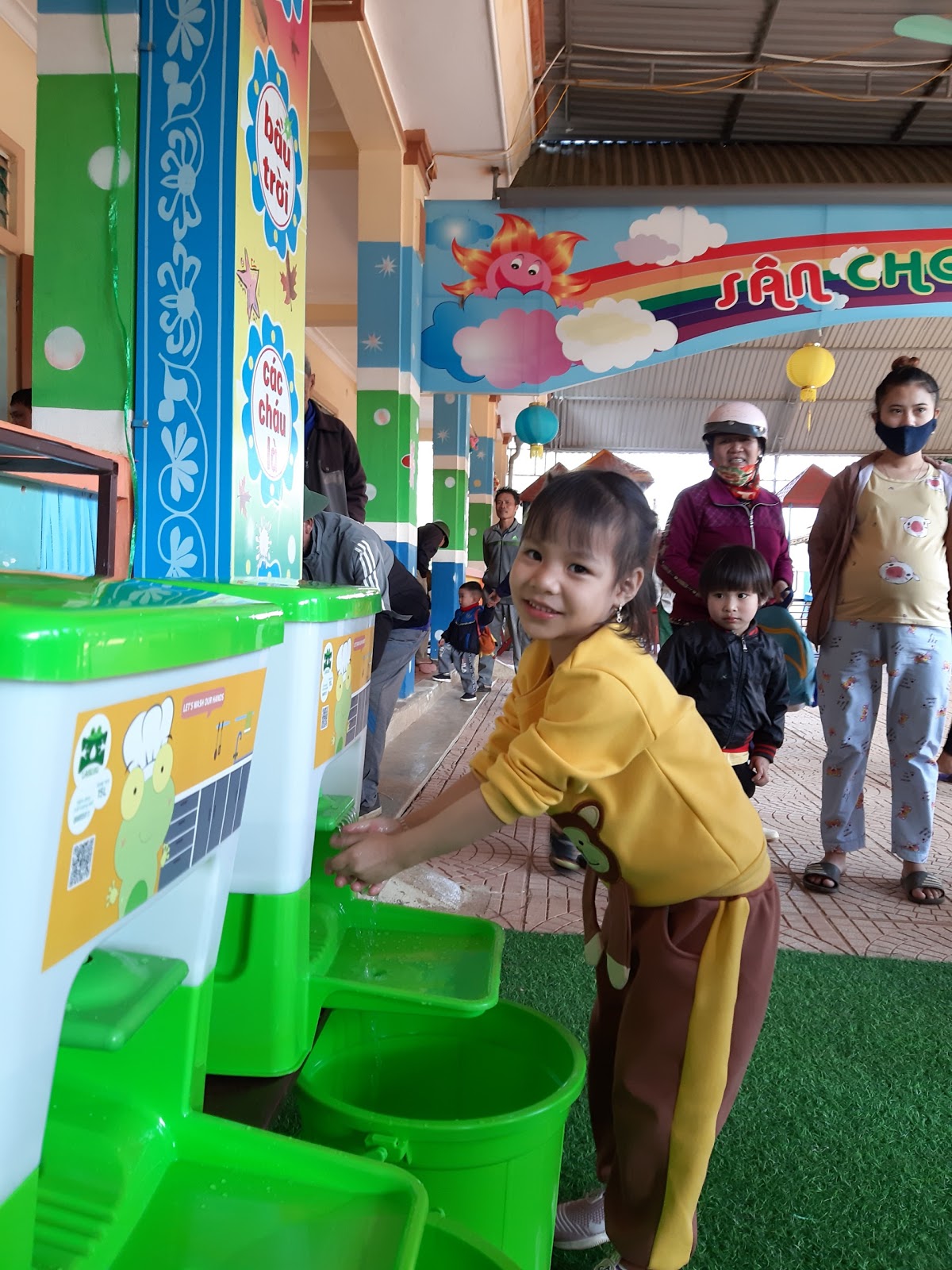 View the poster presented at the UNC Water & Health Conference, 2020.

Handwashing with soap is a critical first step to preventing infection and disease. However, according to the World Health Organization, in 2012 only 13% of the population in Vietnam practiced handwashing after potential contact with excreta, contributing to 2,031 diarrhea-related deaths from inadequate hand hygiene in the country that year. (WHO, 2012).

The purpose of this study was to characterize the use of the HappyTap and the handwashing practices of respondents who had already purchased the device for their household. A team of local, Vietnamese-speaking enumerators conducted direct observation of handwashing techniques and HappyTap units in 107 homes, while also conducting quantitative surveys to capture household demographics, device use, maintenance, satisfaction, and handwashing at critical times.

Overall satisfaction with HappyTap was very high, with 95% reporting being either satisfied or very satisfied with their HappyTap. Things customers liked about HappyTap included its convenience, durability, ease of purchase, price, and aesthetic. Ninety percent said they would recommend the LaBobo to friends and relatives.