Huffpost: Funky Sink Gets Kids In Cambodia To Wash Up, Could Save Thousands Of Young Lives 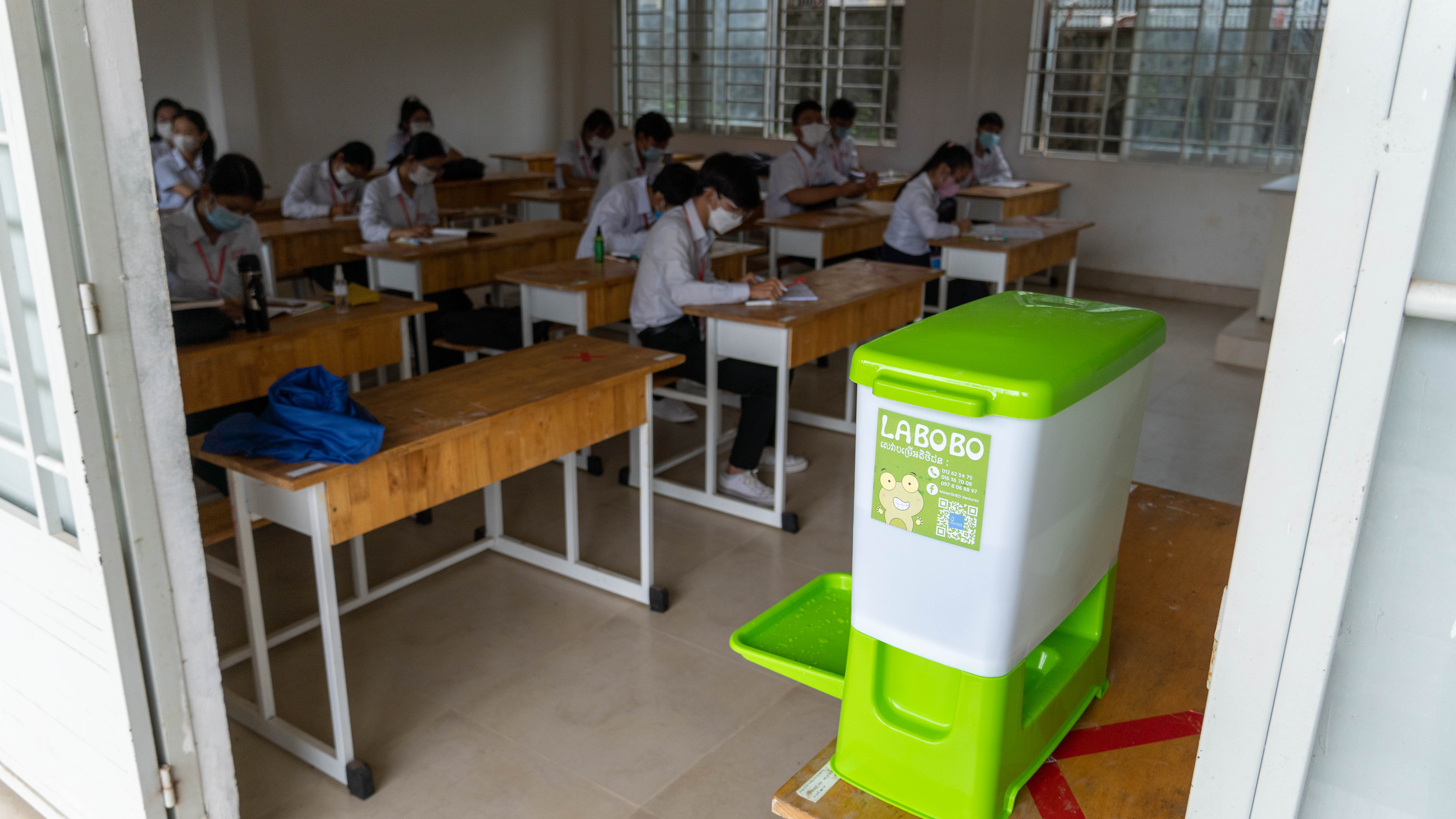 Children in Cambodia won't have a problem keeping their hands clean thanks to this frog-themed hand-washing device.

Children in Cambodia won't have a problem keeping their hands clean thanks to this frog-themed hand-washing device.

Cambodia has the lowest access to sanitation in all of Southeast Asia, and as a result more than 1,000 children die every year due to diarrheal diseases, according to WaterAid. To help curb those figures, nonprofit WaterSHED recently released the LaBobo, a portable and inexpensive sink whose colorful design encourages kids to improve their hygiene habits.

Among the many issues this post-conflict country faces is the fact that it lost a generation of skilled engineers, technicians and health professionals during the Khmer Rouge regime and lacks the innovative professionals needed to improve the sanitation crisis, according to WaterAid. Homes in rural areas are particularly vulnerable.

Researchers from the University of California, Davis and University of North Carolina, Chapel Hill surveyed 79 homes in a couple of provinces in Cambodia. They found that only 5 percent of households had dedicated hand-washing equipment.

While more than half of households were eager to access to better washing methods, many said they just couldn’t get enough water to sustain a well-running sanitation system, the study found.

The LaBobo hopes to address all those issues.

First developed in 2013, the portable sink combines both functionality and aesthetics and made its debut in Cambodia on Sunday.

It has a custom low-flow spout to conserve water, a dedicated space for soap and a playful design that appeals to kids, according to a WaterSHED press release.

"If you give people a bucket and a piece of soap, more often than not you will find the bucket ends up being used for something else," Geoff Revell, regional program manager at WaterSHED, told Reuters. "But if they spend some money on a product they like and actually want to own, it's much more likely that they will keep using it and form a healthy habit of washing their hands regularly."