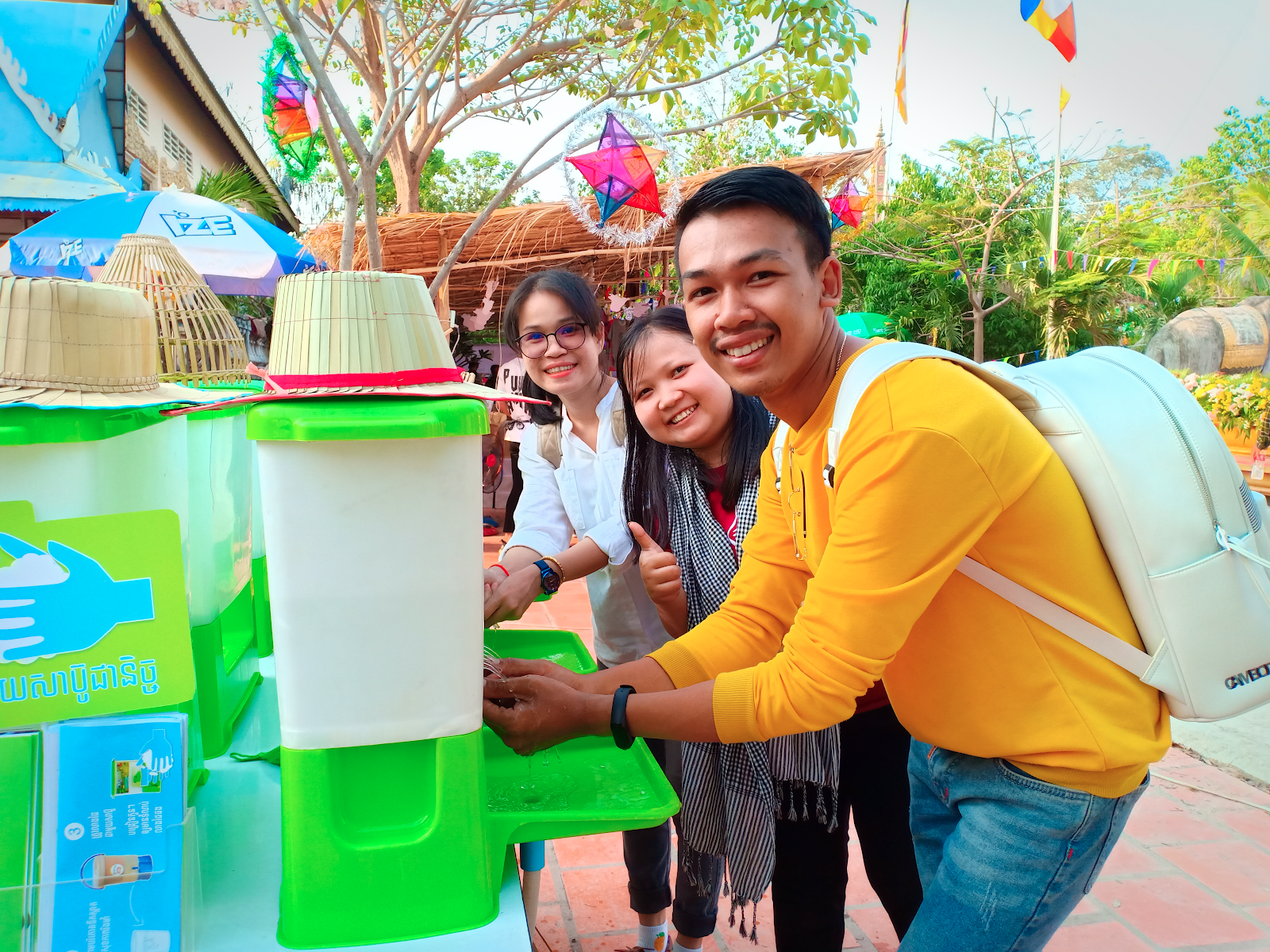 Ho Chi Minh City, Vietnam—Every 15th of October, several UN agencies and NGOs mark Global Handwashing Day to raise awareness about how diarrhea —and related child deaths—could be prevented in low-income countries. This year, far from being an issue that only affects people in poor countries, the handwashing problem has touched everyone.

“For the first time, due to COVID19, people are starting to realize that poor hygiene anywhere on earth can impact their own health,” said Geoff Revell, the founder of HappyTap, a social business focused on increasing handwashing in low-income countries.

Unfortunately, only 19% of the world population washes hands with soap after contact with excreta (Emory University, 2014).

“It’s easy to forget that just knowing about handwashing is not enough. You actually need a sink with soap and water where you cook, use the toilet, go to work or school, and visit the doctor,” said Revell.

The bad news is that 40% of people in the world do not have a sink for handwashing at home and nearly half of all schools in developing countries lack facilities, which affects 900 million students (UNICEF, 2020).

In response, HappyTap has announced that it will expand its production and footprint to serve customers globally. Its solution is deceptively simple: an attractive portable sink that makes handwashing convenient and fun. Developed over years with consumers in rural Vietnam and Bangladesh, it’s a critical part of efforts to improve hand hygiene.

Focus areas for HappyTap will now include India, East Africa, Indonesia, and the Philippines, in addition to existing geographies and global export customers. This month, the company has equipped healthcare facilities from Bangladesh to Papua New Guinea, and partnered with UNICEF to deploy sinks so that thousands of preschools in Cambodia can reopen safely.

The Southeast Asia-based company is also responding to demand from a surprising new segment: schools in OECD countries. This month for instance, children returning to school in Durham county in the UK will wash their hands in the classroom with a HappyTap.

Victoria Bolam, former Global Head of BOP Innovation and Market Development at LIXIL and current Executive Advisor at HappyTap noted, “It’s a great example of reverse innovation; how a product adapted for use in another part of the world can be introduced and, in this case, be used to protect our own school children. Simple yet effective, it will drastically cut down waiting time for children, and gives more options to schools in older, stone buildings where plumbing is difficult.”

In a joint statement, Henrietta Fore, Executive Director of UNICEF, and Dr. Tedros Adhanom Ghebreyesus, Director-General of the World Health Organization said, “Hand hygiene has never been more critical, not only to combat COVID-19, but to prevent a range of other infections. Yet, nearly six months since the onset of the pandemic, the most vulnerable communities around the world continue to lack access to basic hand hygiene… We cannot overstate the threat.” (UNICEF, 2020)

About HappyTap
HappyTap Co. is a social business whose mission is to make handwashing delightful for everyone. Founded in 2013 in Vietnam, they use the latest evidence and behaviour-centered design to improve basic health. To learn more, visit: https://happytap.net/en and on Twitter, @HappyTap_TM.